Inquisitor Serpico and the Corregidan Expedition

My favorite thing about Rogue Trader (aside from the miniatures) is the RPG feel of the game. Having been a D&D player when I discovered Rogue Trader, it was pretty easy to cross over. Now that I'm amassing and painting the collection that I wanted back when I was knee-high to an Ambull, I have the chance to build a background story for my collection. I also always enjoyed reading army features in White Dwarf because in addition to pictures of awesome armies, the collector would usually give a little background story. So..... on to the pictures!

The first thing I need for my Rogue Trader gaming is a setting. Where is all this good action going to take place? The Corregidan Sector - on the edge of explored space, and just a name on Imperial charts. The Corregidan Sector is home to remote human settlements, marauding bands of aliens and pirates, hundreds of unexplored planets, and plenty of reasons to blast other sentient beings with virus grenades. This is where Inquisitor Serpico comes in. 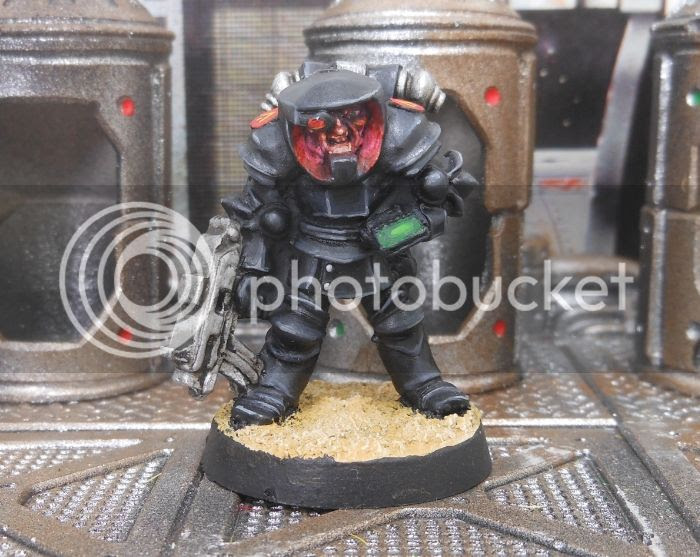 Seen here aboard his personal frigate reading from his =][= pad, Inquisitor Serpico has entered the Corregidan Sector investigating rumors about alien infiltrators using these isolated planets to mass in strength in order to launch attacks against Imperial planets. Due to ongoing conflicts elsewhere in the galaxy, Imperial military forces have been hard to come by - even for an Inquisitor like Serpico. Given the isolated nature of this sector, Serpico has had to become more diplomatic than he has been accustomed to in the past. Other than a small detachment of Imperial Guard and some Naval Infantry, Serpico has had to resort to the use of mercenaries and other hired guns to accomplish his goals.

Needlers can be used to incapacitate uncooperative targets, something handy for inquisitive types.

Serpico is also a powerful psyker (Mastery Level 4), making him something of an outcast within the Imperium. Some of his lieutenants suspect that one of the reasons he chose to pursue enemies in uncharted regions of space was to escape the unwelcome questions of other Inquisitors. Instead of rolling for powers, I chose his powers because I want to be careful with some of the more powerful level 4 powers in games.

Level 1: Cure Injury, Hammerhand, Teleport
Although Serpico is a formidable individual, he wouldn't make it very far without a little help from his friends. 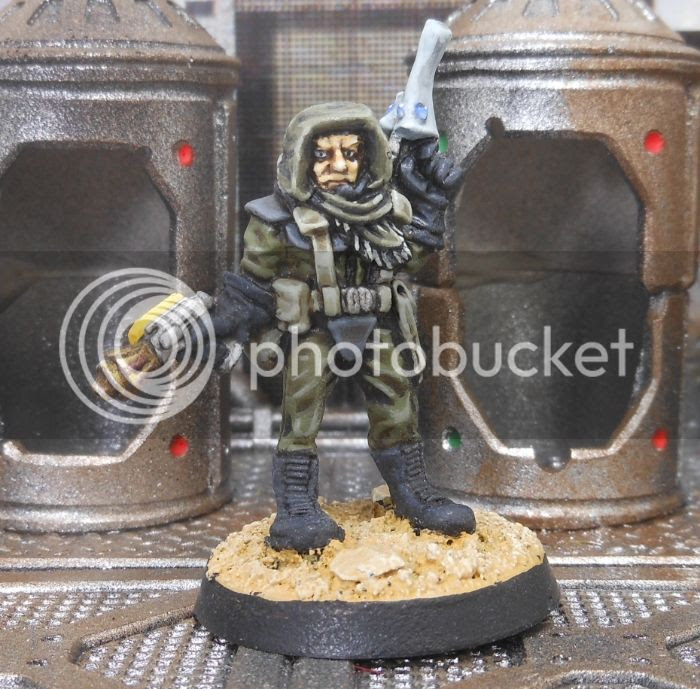 A veteran of the Imperial Guard and a competent pilot, Alexis Yarvin was personally recruited by Serpico after his service during the Babel III campaign. Yarvin served behind rebel lines, gathering intelligence on enemy troop activity and identifying targets for orbital strikes. Reclusive and a bit of a loose-cannon, Yarvin has proven himself invaluable in gathering intelligence on remote human settlements and recruiting allies into Serpico's service.

When Serpico's frigate first entered the fringes of the Corregidan Sector, his shipmaster located an active spaceport and trading post on an arid desert moon orbiting a volcanic planet. Serpico dispatched Yarvin to investigate the planet as a possible source of supplies. While the frigate sat at the edge of the system, Yarvin was able to locate a mercenary captain who had some experience in the sector. Having earned the trust of the mercenary during a spontaneous bar-room firefight turned opportunist void-ship heist, Yarvin brought the mercenary before Serpcio with an offer neither party could refuse.

In exchange for service under Serpico's banner, the mercenary gained the protection of an Imperial frigate and the potential to acquire an obscene amount of untold wealth. Who is this mercenary you ask? None other than the infamous WORLDBURNER! 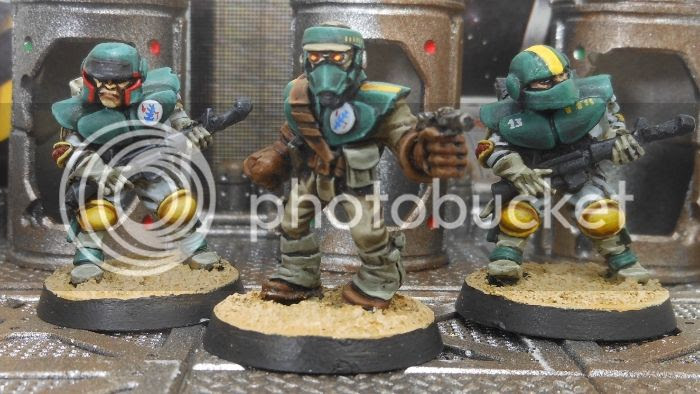 Worldburner and two members of his company 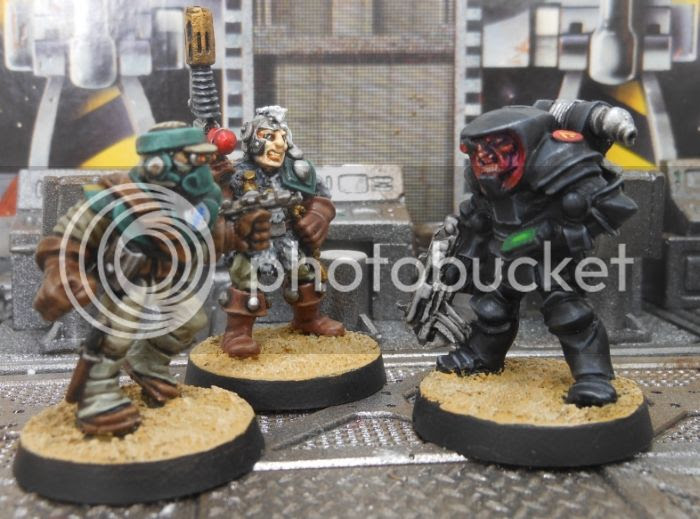 Posted by Bulldoglopez at 5:42 PM