Something Green and Stompy!!!

So, I've been trying to write one post a week and I pretty much failed at that. Oh well..... what can you do? Let's move on.

Orks orks orks. White Dwarf 134 is the reason I have a serious collecting problem. Before I saw that magazine I was just some innocent, nerdy dungeons and dragons kid. White Dwarf 134 is the reason I became a sex-crazed, mega-testosterone, BEAST of a man. A man's man! 1991 was the first year I tore an oak tree out of the earth and snapped it over my knee using only brute force and pure rage.

How? What gave me that power?


"How to Paint Your Warband" By John Blanche and Mike McVey. It's all their fault.

Would you like to know more?? »
Posted by Bulldoglopez at 5:23 PM 3 comments:

The second day of our glorious Oldhammer Regional Tournament saw Fredrick Kober's Space Orks launch a raid against my nefarious demon-worshipping Genestealer Cult: The Cult Of The Flawless Host!

In a zealous bid to spread their Patriarch's seed to new species, the foolhardy human cultists nabbed an Ork prisoner and brought him back to a hideout in the wastelands for interrogation... and maybe whisper some genetic sweet nothings... 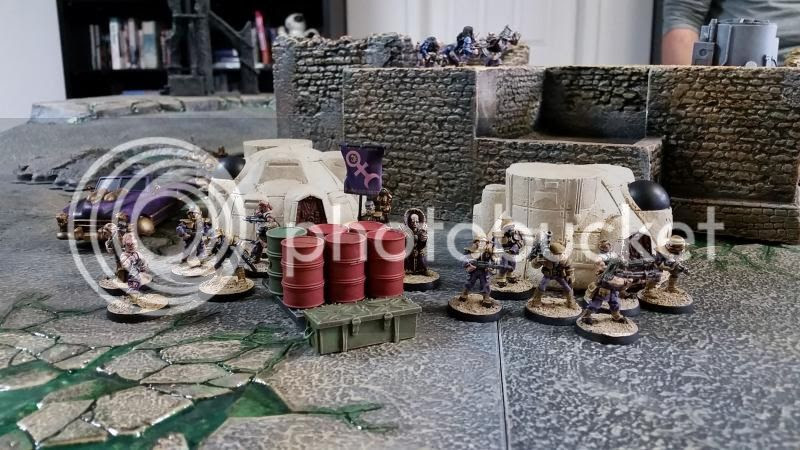 The Cultists muster to defend their outpost....